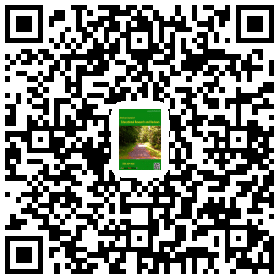 Fras Mohamad AL-madne and Ihab Saad Abdulaziz EL-Nabarawy. (2020). The effectiveness of a proposed training program in the development of the linguistic outcome of students of mental retardation in the first grades of the program of intellectual education in the city of Arar. American Journal of Educational Research and Reviews, 5(1), 66. Retrieved from https://escipub.org/index.php/AJERR/article/view/294
ACM ACS APA ABNT Chicago Harvard IEEE MLA Turabian Vancouver

The aim of the current study was to develop the linguistic outcomes of people with a simple mental retardation (55 – 70) degree. The existence of a mentally retarded child is a problem facing the family as well as the society due to the difficulty of dealing with this child with limited abilities. The current study is of practical importance in the development of the linguistic outcome of mentally retarded children especially in the class in which the study deals and which need programs to qualify them and enrich their language. The proportion of mentally retarded in Saudi Arabia is about 3%. Use the researcher’s experimental approach to consider the relevance of this research following the experimental design and Study Tools Student data form Testing the drawing of the man to Godfn – Harris The validity of the test was verified and validated the test of the linguistic crop preparation Dalia Mostafa, Before and after training on the program until it took its final form and applied the program to the same number (17) students in the city of Arar in the first three grades in the schools of Abdullah bin Abbas and Ibn Jubair primary and indeed was investigated the first purpose of the existence of differences of statistical significance between the performance of mentally retarded students before training on the program The results also showed that there were no statistically significant differences between mentally retarded people with mental disabilities and those who were mentally retarded in the linguistic yield test in response to this program according to the results of the test.