Vol. 3 No. 1 (2020): American Journal of Psychiatric Research and Reviews
Articles 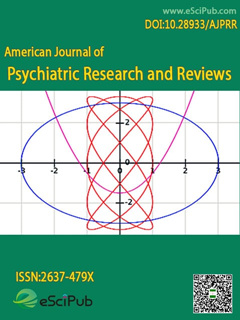 Introduction: The term institutionalization comes from Europe, from the middle ages, where people with mental disorders were excluded from the social environment. Thereafter the psychiatric hospitals are developed, whose principles become isolation, repression and total institutionalization. Psychiatric hospitals were then established as a place of psychiatric power and disease manipulation.Thus, in the total institutionalization the subject loses his individuality, being treated only by the disease, removed from his self, resulting in greater difficulty in social reintegration, autonomy and independence of the individual.

Objectives: To report on how institutionalization may interfere with the performance of daily living activities (ADLs) of institutionalized users in a psychiatric hospital.

Methods: This is a descriptive work of the experience report type, presenting experiences at the Teodora Albuquerque Psychiatric Hospital in Arapiraca / AL, between May 2019 and September 2019, with institutionalized individuals with more than one year of hospitalization.

Results: Activities of daily living are basic self-care tasks that can be used and well-being, such as bathing, eating, combing or hair, among others (AOTA, 2015). Within the experiences, there was a progressive difficulty in the functional and conscious performance of ADLs, due to numerous factors, which may be pathological or acquired in institutionalization, especially among males and older age, with prevalence of acquired difficulty. by total institutionalization. In this process, individuals who are hospitalized longer are more susceptible to the gradual loss of their functional independence, both by the polypharmacy highly present in psychiatric hospitals, and by the mode of repression and isolation that leads to the aggravation of mental illness.

Conclusion: Given this, it is understood that a psychiatric institutionalization negatively interferes with the performance of users’ ADLs.