Vol. 4 No. 1 (2021): American Journal of Surgical Research and Reviews
Articles

Efficacy of cholecystectomy in patients with positive HIDA Scans with typical or atypical biliary pain: A retrospective study 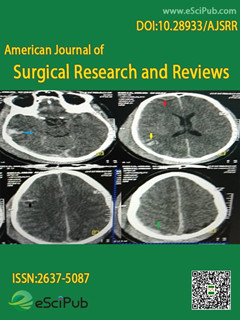 Introduction: Our investigation aimed to discover the benefits of performing cholecystectomy in patients who had a positive or negative HIDA scan result, presented with either typical or atypical biliary pain.

Conclusion: In summary, in patients without a structural cause for biliary pain HIDA scans and patient’s symptoms greatly aid in the decision-making process whether to proceed with a cholecystectomy, as a negative scan should prompt further clinical investigation before proceeding with surgery.