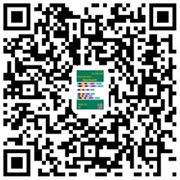 Introduction: Alzheimer’s disease is one of the most common chronic diseases of aging and caring for an elderly with this pathology causes a great deal of overload in the family. Objective: To analyze the overload of informal caregivers of elderly with Alzheimer’s disease. Methodology: Cross-sectional study approved by the Research Ethics Committee with Human Subjects (CAAE: 0178.0.236.000-11) and carried out at the Brazilian Alzheimer’s Association, in the section Pernambuco with 33 caregivers. The instruments used were: semi-structured sociodemographic questionnaire (caregiver and senior citizen ages, gender, degree of dependence of the elderly and degree of kinship among the participants) and Zarit Burden Interview Scale. These caregivers were divided into 4 groups, according to the degree of caregiver overload: mild, moderate, moderate to severe and severe. The Spearman correlation was used, considering p≤0.05. Results: Caregivers presented a mean age of 57.9 ± 12.2 years, while the elderly had 79.0 ± 8.1 years. 90.9% of the informal caregivers and 66.7% of the elderly were female. Regarding the degree of dependency of the elderly, 54.5% were considered totally dependent and, in relation to the classification by kinship, 63.6% were children. The moderate overload achieved a higher percentage, 39.4%, along with the moderate to severe overload level, 36.4%. When analyzing the degrees of overload with the age of the caregiver and the elderly, there was a positive correlation in the degrees of moderate to severe overload (rho = 0.734, p = 0.007). Discussion: The literature points out the predominance of the female gender in the elderly care and has been analyzing the caregiver’s overload by relating it to numerous factors. Conclusion: The present study demonstrates that the majority of informal caregivers are the daughters of the elderly with Alzheimer’s Disease. And the overload of care is directly related to the increase in the ages of the caregiver and the person receiving the care.