The Photography Use as A Therapeutic Resource 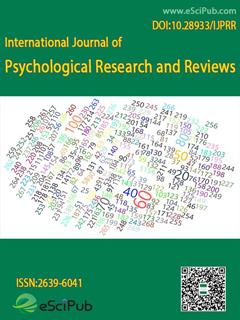 Objective: To report the experience of three students who performed an intervention that used photography as a therapeutic resource with users of a CAPS Disorder.

Methodology: The intervention was the product of the Workshop on Mental Health of the 6th semester of the psychology course of the Faculdade Pernambucana de Saúde. During the Workshop, the students were able to build knowledge through their experiences and their interactions with the field studied. The experience was divided into three moments. Initially, a photography workshop and a collage activity were held. Afterwards, users went to Engenho Massangana to practice photography. Finally, they organized a photographic exhibition for their families and service staff.

Results and discussion: During the activities, seventeen users participated voluntarily. Through artistic experimentation, it was realized that the intervention could favor psychosocial rehabilitation through protagonism, leisure and art. Users were able to explore the place and interact with others, developing a new socializing environment beyond the limits of CAPS. In addition, through the photographic gaze, they created narratives and ways of expressing subjectivity.

Conclusion: The intervention allowed the exercise of autonomy and citizenship of service users. Thus, it is extremely important that mental health services promote recreational and leisure social activities, contributing to the social reintegration of individuals who have long been excluded from their families and communities.